Alabama Rivers Alliance > Events > Lunch and Learn – Up in Smoke: Coal in Alabama and Beyond

Lunch and Learn – Up in Smoke: Coal in Alabama and Beyond

Lunch and Learn – Up in Smoke: Coal in Alabama and Beyond 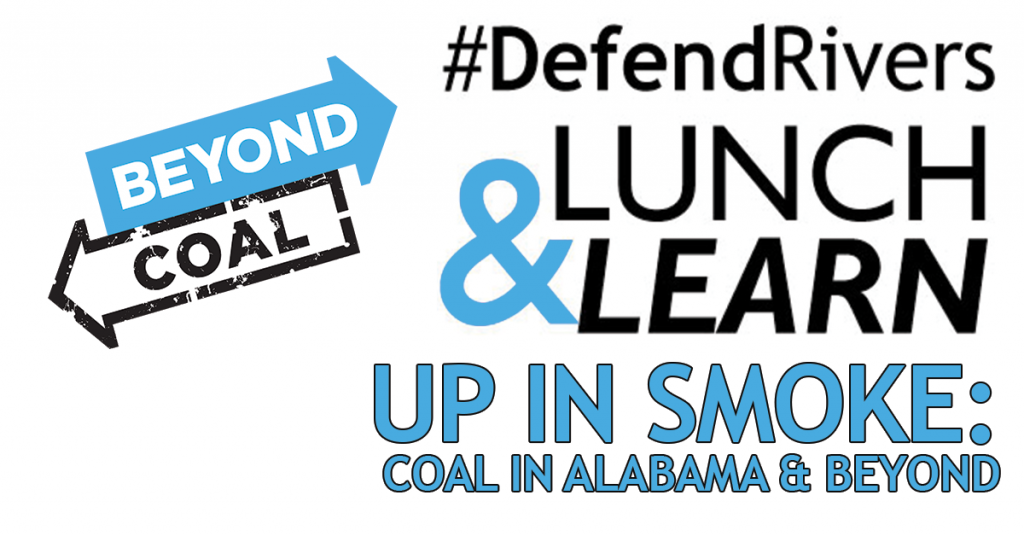 Join us in person at the ARA office with your lunch OR from your own desk online! ARA and Sierra Club, Alabama Beyond Coal Campaign‘s Stephen Stetson presents Stephen’s highly praised workshop from Alabama Water Rally — UP IN SMOKE: COAL IN ALABAMA AND BEYOND.

Despite pronouncements to the contrary from some politicians & industrial leaders, coal is in retreat around the country. Mining & burning coal for electricity will eventually be considered as outdated of a practice as riding in a horse-drawn buggy or typing on a typewriter. Nonetheless, coal-burning power plants continue to contaminate our landscapes and rivers, sending carbon into the atmosphere & toxic coal ash into our water supplies. In a world where utilities retain tremendous amounts of political power, Sierra Club’s Beyond Coal Campaign is employing a variety of tactics, including grassroots organizing & litigation, seeking to retire the remaining coal plants and ensure a “just transition” away from the legacy of dirty energy that impairs our health & our economy.

Join us on May 16 at noon – in the ARA office in downtown Birmingham OR from your own computer or phone – for a lunch and learn that will dive in to the complex world of electricity generation & the exciting frontiers of affordable clean renewables. Stephen will give us updates on what is happening federally and at the state level and what you can do to help.

Stephen is an attorney and a senior campaign representative with Sierra Club’s Beyond Coal Campaign, focusing on clean energy policy in Alabama, Georgia and Mississippi. He was born and raised in southeast Alabama (Pike County) and received his undergraduate degree in media studies (with an emphasis on print journalism) from the University of Texas in Austin. After a few years as a beat reporter, he attended law school at the University of Alabama, receiving his J.D. in 2007. He lives in Montgomery with his wife, Kate Shuster, their dog, Toffler, and a cat named Snowden. Ask him about his ticket collection sometime.