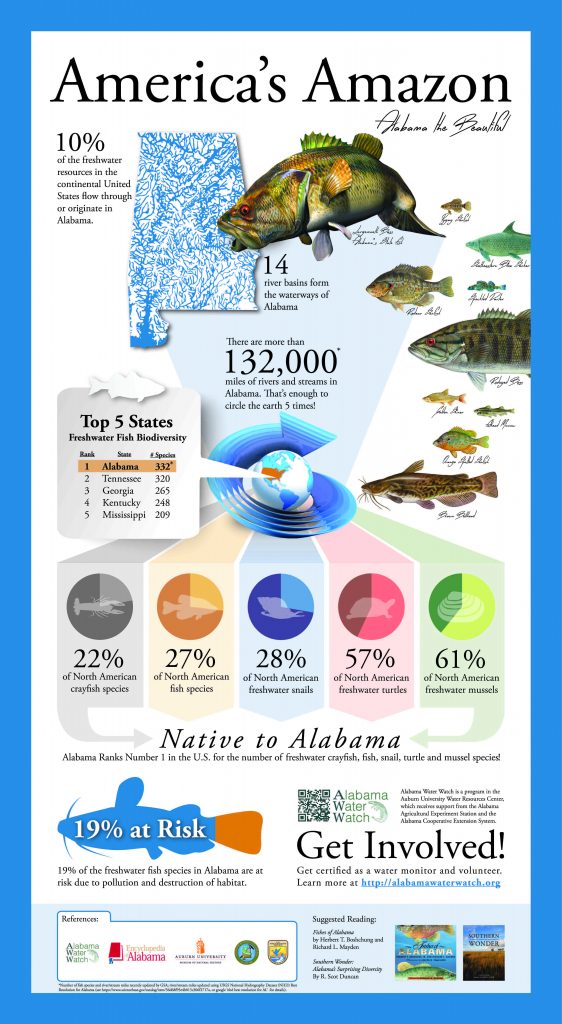 AWWsome infographic created by our friends at Alabama Water Watch

Click here for in-depth examinations of each of Alabama’s rivers and their respective watersheds, from Auburn University.

What is a watershed? Click here to find out!

About our 132,000+ miles of rivers and streams in Alabama