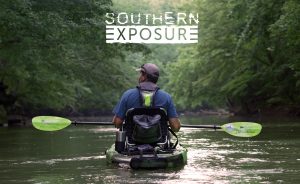 Join the Shoals Environmental Alliance, Holy Hikes – Tennessee Valley and Sierra Club of North Alabama at the University of North Alabama for the FREE TO THE PUBLIC premiere screening of the Southern Exposure Film Fellowship 2019 films!

Join us at 5:15 for snacks and socializing, then stick around for the films and discussion immediately after.