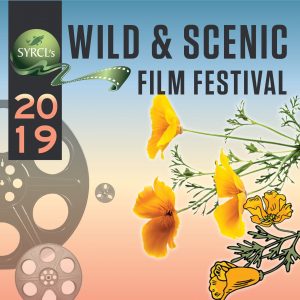 The Alabama Rivers Alliance is thrilled to bring the Wild & Scenic Film Festival to Montgomery for the third year in 2019!

Additional funding for this event provided by the AUM Student Activities Fee.
Join us for a celebration of the great outdoors through film that will leave you feeling inspired and engaged. The program will feature short films and documentaries highlighting adventures to be had as well as important issues to be addressed. Experts from across the state will be on hand to help answer any questions and provide guidance on how you can get involved locally and throughout Alabama. Plus we’ll have some food and door prizes!
What is the Wild & Scenic Film Festival?
The Wild & Scenic Film Festival is the largest environmental film festival in the United States.
It sits apart from the hundreds of festivals around the world by leaving you feeling INSPIRED and MOTIVATED to go out and make a difference in your community and the world.
It’s a festival for activists by activists. The home event is organized and hosted by the South Yuba River Citizens League in Nevada City, CA. Thanks to funding from national partners, the festival goes on tour across America to reach audiences across the country. In Alabama, it is hosted in Alabama by the Alabama Rivers Alliance and community partner groups in each city of the tour.
What kinds of films are shown at the Wild & Scenic Film Festival?
At the festival, you’ll LEARN new ideas from a selection of inspiring environmental films with hard hitting topics including bioengineering, water issues, wilderness preservation, citizen activism and more. You’ll EXPERIENCE the adrenaline of kayaking the wildest rivers, climbing the highest peaks and trekking across the globe with adventure films from around the world. You’ll EXPLORE the issues and movements with leading environmental activists and professionals, filmmakers, and celebrities. And you’ll CELEBRATE the natural and wild world.