Alabama Rivers Alliance > Who We Are

Get to know the ARA

Alabama Rivers Alliance is a statewide network of groups working to protect and restore all of Alabama’s water resources through building partnerships, empowering citizens, and advocating for sound water policy and its enforcement.

Alabama has more than 132,000 miles of streams and rivers with more types of plants and animals living in them than any other state in the nation.  However, we also have one of the highest extinction rates in North America, many of which are species that live in our rivers.  Alabama’s precious water resources currently face many threats.  From improper enforcement of environmental regulations to the lack of planning and policy to ensure sustainable water for the future, our community is tasked with protecting the waters of the state for the health of the people and the life therein, or else we risk losing natural treasures that we can never retrieve.

Join us as we protect and restore Alabama’s rivers

Join the statewide voice in river protection. Your annual membership is a tax deductible donation.

Your donation to the Alabama Rivers Alliance is essential and supports our crucial work protecting all of Alabama’s rivers.

Join our email list for updates on our work throughout the state! 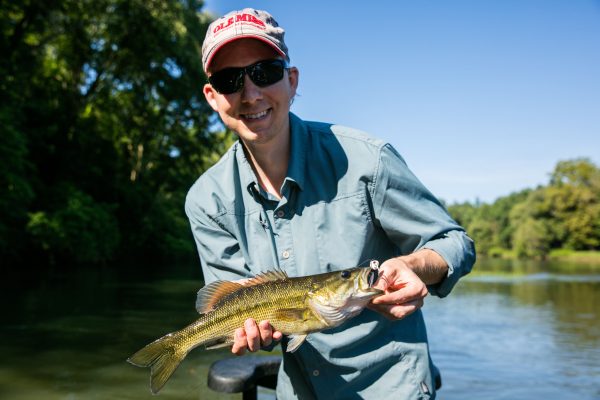 Jack joined the Alabama Rivers Alliance as Policy & Advocacy Director in 2020. He brings legal experience from corporate private practice, as well as an entrepreneurial background to ARA….

Jack joined the Alabama Rivers Alliance as Policy & Advocacy Director in 2020. He brings legal experience from corporate private practice, as well as an entrepreneurial background to ARA. Jack is a Birmingham native and grew up camping in Cheaha State Park, fishing in Lake Guntersville, and backpacking Alabama’s Pinhoti Trail.

Prior to joining ARA, he worked in-house with a solar company advising on issues of state policy. He also previously founded a technology company at Birmingham’s Innovation Depot. After hours, Jack volunteers with Citizens’ Climate Lobby and is a member of the Public Affairs Research Council of Alabama’s Roundtable.
Jack graduated from Sewanee: The University of the South where he indulged his love of the outdoors caving and hiking along the Cumberland Plateau. He earned his law degree magna cum laude from the University of Mississippi School of Law, serving as an associate editor on the Law Journal.
Jack and his wife, Emily, live in the Roebuck Springs neighborhood with Ruffner Mountain’s 14 miles of trails conveniently located right outside the back door.”

Kelly Marshall joined the Alabama Rivers Alliance team in 2015 bringing significant experience in public relations and communication strategies. She has been an avid believer in and promoter of…

Kelly Marshall joined the Alabama Rivers Alliance team in 2015 bringing significant experience in public relations and communication strategies. She has been an avid believer in and promoter of the wealth of talent, cultural history and natural beauty throughout Alabama for many years. Prior to joining ARA, she managed the public relations campaigns and strategies for Birmingham Artwalk, Sidewalk Moving Picture Festival (now Sidewalk Film Festival), Birmingham Arts & Music Festival and other events in Alabama. In addition to her non-profit and event experience, Kelly also developed and implemented communication strategies for a variety of clients including Barenbrug Seed Company, Simply Fashion, Curtiss Motorcycles, Village Tavern, WorkPlay and many more. You might also catch her name in the rolling credits of films like Diary of a Mad Black Woman, Two Weeks, Americano and Open Window. She is thrilled to be able to welcome and work closely with emerging documentary filmmakers each year as part of the Southern Exposure Film Fellowship program.

Kelly serves on the Birmingham Artwalk Board of Directors and has volunteered for the annual arts festival for more than 15 years. She keeps busy by watching nearly everything on TV, dreaming about traveling and occasionally pretending to paint. She recently rescued a pretty amazing kitty named Rain, who Kelly likes to believe was named after the Led Zeppelin song.

Martha Hunter joined the Alabama Rivers Alliance team as Alliance Coordinator in 2016. She works to build and support our network of more than 50 grassroots partners across the…

Martha Hunter joined the Alabama Rivers Alliance team as Alliance Coordinator in 2016. She works to build and support our network of more than 50 grassroots partners across the state. Martha is a natural fit for the team as she has spent her life celebrating and protecting rivers throughout the Southeast. Martha trained as a river guide and then served as the business manager for Wildwater at their headquarters on the Chattooga River. She later worked as executive director for Friends of the Locust Fork River.  Her passion for sustainability and conservation of our natural resources is infectious and her enthusiasm for organizing partner groups for Alabama Rivers Alliance is unparalleled. Her experience in both the for-profit and nonprofit sector brings a unique level of professionalism to this position that will enhance the benefits and services we provide to our Alliance partners.

A graduate of Auburn University, Martha is also an organic gardener, beekeeper, and lives 100% off the grid with photovoltaics and solar hot water.

Martin Taylor joined the team as Development Director in 2018, bringing 10 years of experience to the Alabama Rivers Alliance. He was born and raised in the Coosa watershed…

Victoria Miller is the latest addition to the Alabama Rivers Alliance team as Advocacy Assistant.  She brings her tenacious passion for justice and public health knowledge to…

Victoria Miller is the latest addition to the Alabama Rivers Alliance team as Advocacy Assistant.  She brings her tenacious passion for justice and public health knowledge to extend our advocacy efforts across the River State and empower Southern voices. An Alabama transplant, Victoria came to our state in 2016 for higher education and has since grown to adore all the untamed nature and scenic waterways Alabama has to offer. She graduated cum laude with her Bachelor of Science in Public Health along with a minor in Chemistry and Distinguished Honors College recognition from the University of Alabama at Birmingham in 2020. While in undergrad, Victoria was welcomed into the world of Alabama environmental advocacy and began volunteering with Coosa Riverkeeper. Her experience there led her  to dive in feet first after graduating and she hasn’t looked back!

Victoria grew up on the Mississippi Gulf Coast, where she enjoyed the best of both worlds from the brackish bayous of the Pascagoula and Escatawpa Rivers to the salty Mississippi Sound. Her upbringing was steeped in Cajun culture and joy for the outdoors. Victoria, her partner Max, and their small pup Pixie currently reside in Childersburg where they enjoy hiking the trails at Kymulga Grist Mill and finding waterfalls in the Talladega National Forest. 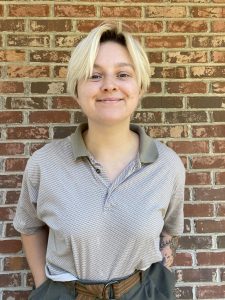 Connor McMahon (Auburn / Opelika) Connor is a summer intern with the Alabama Rivers Alliance. They joined the team this May and they are excited for the opportunity to learn more about conservation advocacy in the policy arena.

Connor grew up in Ider, Alabama, which is at the Southern tip of the Appalachian mountains. They grew up outdoors, spending much of their time hiking and fishing with their family. They have always been a voracious reader and writer, finding joy particularly in reading and writing about Southern landscape and culture. They are a passionate believer in the rich beauty of Alabama, especially its vibrant history of pioneering activists and artists, who inspire them daily.

Connor received their BA in English Literature from Auburn University in 2021 and are currently pursuing their Master of Public Administration with a certificate in Nonprofit Management and Community Governance. They have previously interned with the Auburn University Office of Sustainability, where they facilitated a campus wide battery recycling initiative and wrote articles for the office’s monthly newsletter. They were also the Editor in Chief of Auburn University’s undergraduate literary and arts magazine, a leadership member of Alabama Students Against Prisons, and intern for Alabama Students Arts and Education Project.

Connor is a proud parent to their cat Margo; a passable barista; and an exceptional cook, since food is their love language.

About the Ed Colvin Internship Fund 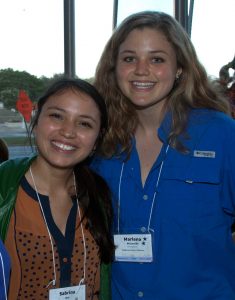 Interns are a super important part of our work at Alabama Rivers Alliance. We are so thankful for all the hard work our interns – past & present – have devoted to us. Interested in interning for ARA? Let us know! 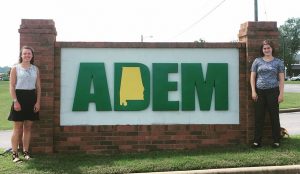 2017 interns Margot Woolverton and Morgan Pennington before an EMC meeting in Montgomery.

The Ed Colvin Internship Fund was established to honor Dr. Ed Colvin who continues to offer dedication for and love of Alabama rivers and works to secure their safety. He has always given generously to others and in that spirit, we want to support young environmental heroes.  Dr. Colvin is a tireless advocate for our waters and we know our interns will be thrilled to meet him, learn from him and become future leaders.

The Ed Colvin Internship Fund supports the Alabama Rivers Alliance internship program in which interns assist in water policy research, organizing and implementing advocacy campaigns, assisting with citizen water monitoring trainings and other citizen organizing activities, and assisting with organizational development needs, including marketing and communications.  With only four full time staff, an internship program can greatly increase the ability of the Rivers Alliance to achieve their goals and ensure healthy water resources for all Alabamians for generations to come.

Click here to donate to the Ed Colvin Internship Fund!

Our pop is an inspiration to us – and though it might embarrass him – we want to show him our thanks for being a wonderful leader and we want others to learn through his example. Please consider giving your support to Alabama Rivers Alliance interns. We are so proud of our father and all that he gives to others!  – The Colvin kids