Alabama Rivers Alliance is proud to announce the selection of four incredibly talented documentary filmmakers for the 2022 Southern Exposure Film Fellowship kicking off on June 13. During the six-week summer program, the fellows will create short documentaries that tell impactful stories about Alabama’s environment and the important work required to protect its abundance of natural wonders and scenic beauty.

Now in its tenth season, the Southern Exposure film fellowship has created more than 30 films exploring important topics throughout the state. These poignant stories depict the triumphs of Alabamians, and the challenges we face. The films screen across the state with community groups, legislators and decision-makers, key stakeholders and people new to the movement and these issues. They also appear at film festivals all over the country (and beyond!), introducing a wider audience to Alabama, fulfilling the mission to spread awareness, appreciation, and inspire action on behalf of Alabama’s environment.

Gillian Harrill is a storyteller of many mediums, but she gravitates toward film as a multi-sensory catalyst for change. 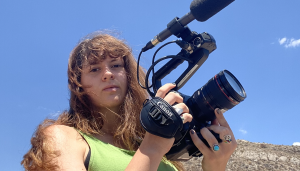 A graduate from Cornell University with a BS in Communication, Gillian spends her time learning a little bit about a lot of topics ranging from media studies, prebiotic chemistry, honey bee behavior, and the physics of musical sound. Curiosity and absurdity inform her films, including her 2022 surrealist comedy PICTURE AT AN EXHIBITION, about a world where people give birth to art instead of babies which was selected for the LA Independent Women Film Awards.

In the realm of nonfiction film, she has captured anti-fracking activists, Uber drivers, pole dancers, and indigenous skateboarders in the name of experiencing all the beauty and chaos being human has to offer. Her work with the Wildlife Conservation Society gave her experience in communicating with  ranchers in the Rocky Mountains about their relationships with the environment. Her latest work is associate producing a film in Oklahoma about the true story of three Kiowa boys’ escape from a boarding school in 1891. She wants to continue storytelling for the rest of her life. 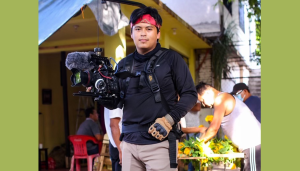 Fernando Rocha is a Cinematographer based out of both the U.S. East Coast and Mexico City. He graduated from American University in Washington, D.C. and supplemented his studies at both the USC School of Cinematic Arts in LA and FAMU in Prague, Czech Republic. He is a 2021 Fulbright Scholar and has a Part 107 Drone License from the FAA.

Asia Singleton is a compelling award-winning filmmaker from Chicago with expertise in every stage of the production process, from development to post-production. Her journalism and documentary filmmaking has received recognition from the Iowa Motion Picture Association, Midwest Broadcast Journalist Association, and Iowa College Media Association.

Her passion for storytelling stems from bringing awareness to social justice issues affecting communities and providing others a space to share dialogue to spark change around the community and the world.

Asia holds an M.A in Communication with a concentration in Digital Media and Storytelling from Loyola University Chicago, a B.A in Media Studies from Loras College in Dubuque, IA, and an A.A in Liberal Arts from Arrupe College of Loyola University Chicago. Previously, she worked as a multimedia intern at WBEZ Curious City and as a production intern at WTTW Chicago Tonight.

When not storytelling, she enjoys traveling, cooking, kayaking, and binge-watching Netflix shows. 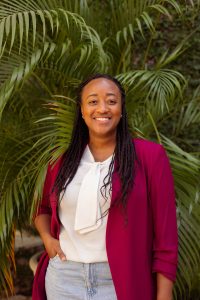 Tiffany Westry Womack is a former multimedia journalist turned communications professional based in Asheville, North Carolina. She is a native of Mobile, Alabama, but Birmingham feels like home. Tiffany is an alumna of the University of Montevallo and the University of Alabama at Birmingham. Her passion for storytelling through video intersects with the areas of Black history and environmentalism, outdoor recreation, and environmental justice. Her first experience in documentary filmmaking came while working as a television news journalist in Birmingham where she was an associate producer on the award-winning, 2-part documentary “Deadly Deception.” The investigative reports uncovered details of toxic air, water, and soil contamination at schools and homes in the North Birmingham area caused by surrounding coal, gas, and pipe fabrication industries. The investigation prompted the EPA to expand testing and eventually establish a Superfund Site. She believes that by reconnecting people to nature through outdoor recreation, Black history, and storytelling, we create a more accessible entry point to environmental stewardship for the next generation.

Special thank you to our friends at Clubhouse on Highland for hosting the visiting filmmakers in Highland Park! 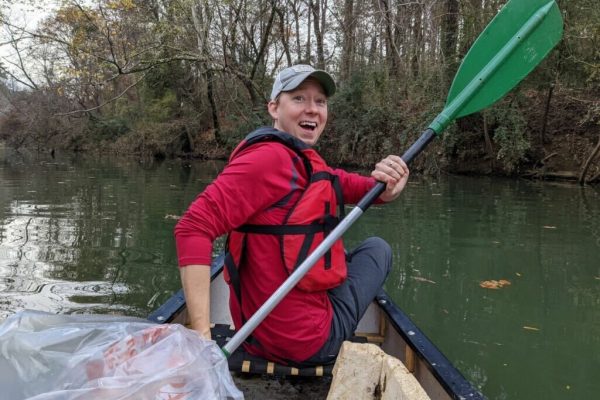