Citizens Canoe to the Statehouse on Rivers of Alabama Day, Legislators Listen

Citizens Canoe to the Statehouse on Rivers of Alabama Day, Legislators Listen 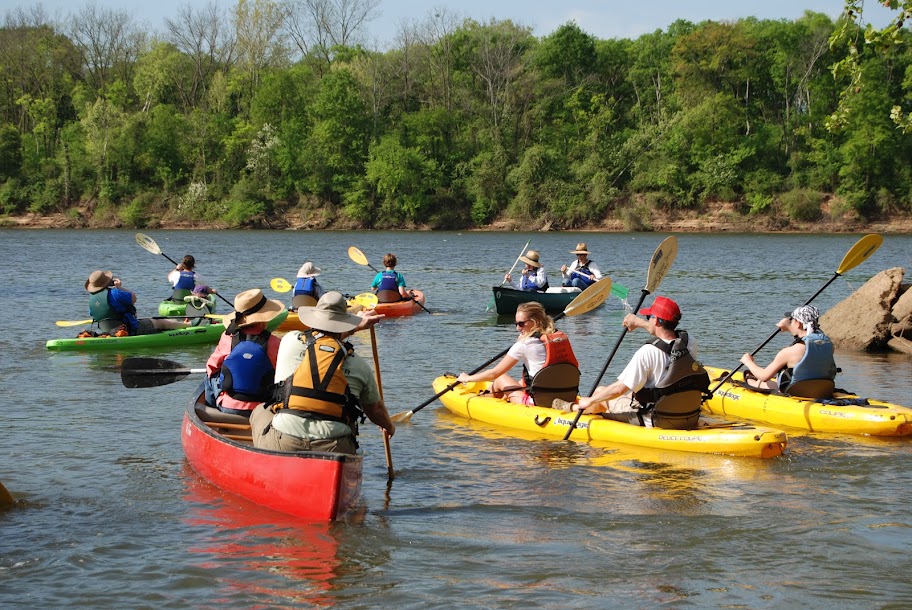 Last Tuesday, dozens of concerned citizens set out across the Alabama River in a bright flotilla of kayaks and canoes, compliments of Coosa Outdoor Center, en route to talk to their state legislators about protecting our water resources.

After paddling directly up to the river front in downtown Montgomery, citizens participated in a lobby briefing and lunch at the Railyard Brewery before heading to the statehouse to talk to legislators.

The event, organized by the Alabama Rivers Alliance, was designed to celebrate the state designated Rivers of Alabama Day* by highlighting the recreational value of our rivers while simultaneously recognizing the integral role state policy makers have in keeping our rivers clean and healthy.

The key issue highlighted by river advocates was the need for a comprehensive water management plan for Alabama to ensure water supplies are secure and water sources are protected for future generations.

Two days after the visit to the statehouse, members of the Permanent Joint Legislative Committee on Water Policy and Management introduced a joint resolution (HJR 286), supporting Governor Bentley’s effort directing state agencies to develop recommendations for a water management plan by December 2013.

“It is important to have legislative support along with the governor’s support for the agencies that are taking on this important task,” stated Mitch Reid, Alabama Rivers Alliance program director.  “Ultimately, it is the legislature that will be needed to make a state water management plan work for the people and the environment in Alabama.”

Another issue raised by citizens was opposing the state’s attempt to lower hazardous waste dumping fees.  “Our communities and waterways have enough stressors, we do not need to make it easier to dump toxic waste in Alabama,” demanded Michael Churchman, Executive Director of the Alabama Environmental Council.

The Alabama Rivers Alliance intends to make this an annual event on Rivers of Alabama Day each year.  So mark your calendars for the 2nd Tuesday in April 2014 and come out and enjoy this fun celebration of river recreation and democracy in action!