The Coosa River’s Day in Court 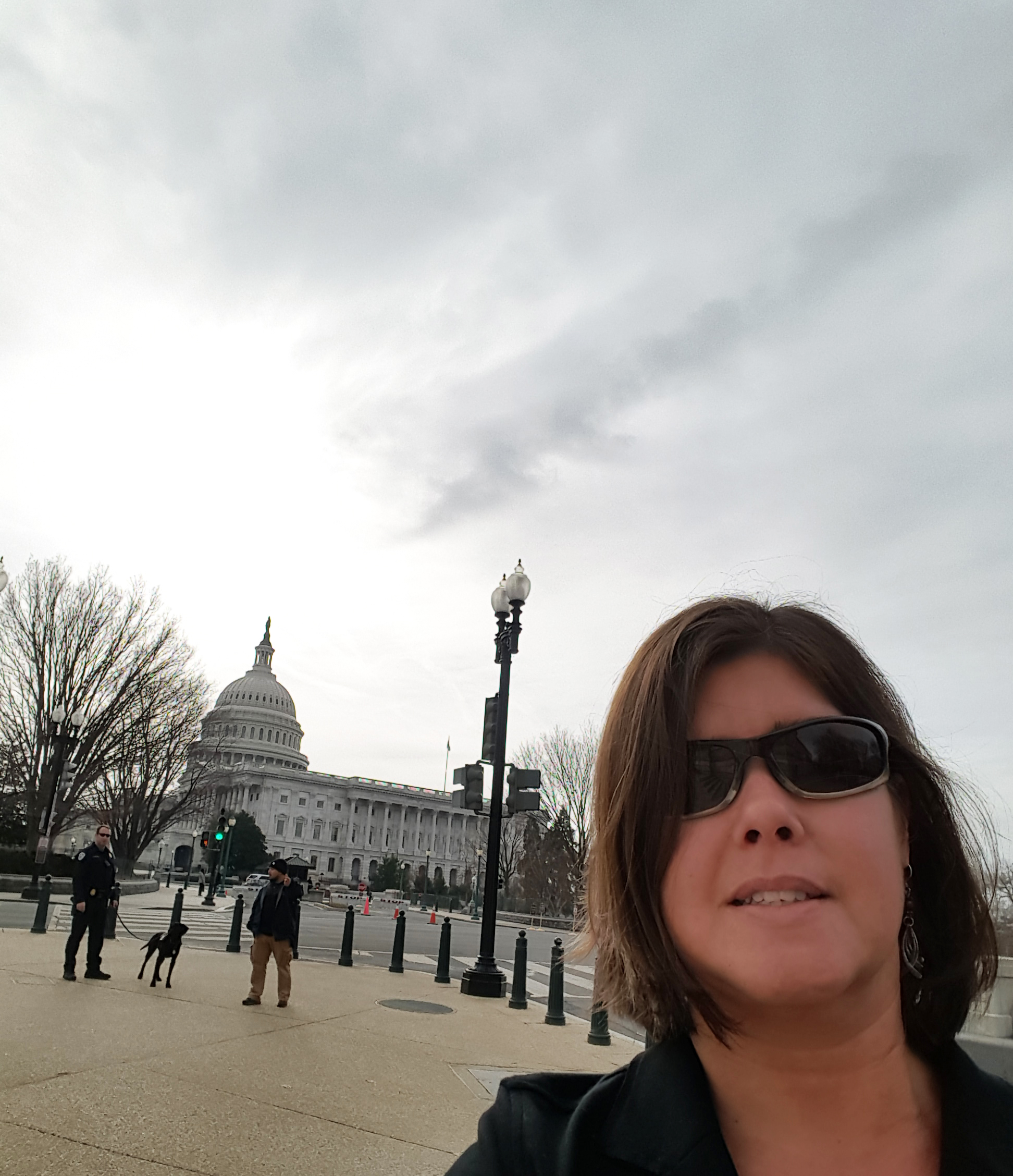 This may surprise you, but I had never been in a real live court room until January 12, 2018. That was the day I attended the oral arguments for American Rivers, Alabama Rivers Alliance, et al. v Federal Energy Regulatory Commission (FERC) and U.S. Fish and Wildlife Service. Before I tell you how exhilarating my court experience was (and I was merely a spectator), I should tell you how we all ended up there in the first place.

DAMS AND THE COOSA RIVER

From its headwaters in Georgia, the Coosa River flows through Alabama to form the Alabama River. These mighty waters flow on through the Tensaw Delta into Mobile Bay and, ultimately, the Gulf of Mexico. Rich in aquatic biodiversity, it is the fourth largest basin in the country with regards to stream flow.

Construction of the dams on the Coosa River wiped out more than 30 freshwater species – one of the biggest extinction events in North America during the 20th century. The decades that followed have seen a continuing decline in biodiversity and the loss of endangered species and habitat due to the dams’ impact on the flow of water and the river’s lack of oxygen.

THE BASICS OF HYDROPOWER RELICENSING 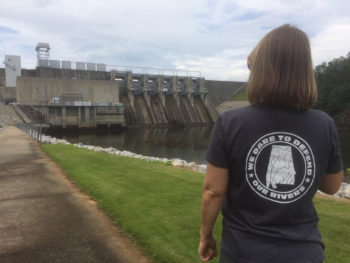 The relicensing of a hydropower dam is a great example of our nation’s environmental laws put into practice to protect our water and wildlife. From the National Environmental Policy Act to the Endangered Species Act to the Clean Water Act, this process “touches” them all. This is not by accident, of course. When you place a large structure like a dam in the middle of a flowing river, you permanently alter the habitat and the lives of all things that live in and around that body of water. These licenses can last anywhere from 30 to 50 years, so stakeholder participation happens once in a generation. The initial licenses occurred before most environmental laws were enacted. This is why participating in the process now is so important.

The FERC relicensing process requires multiple stakeholder meetings, a series of official steps from appropriate state and federal agencies (such as a water quality certification from the state and a biological opinion from the U.S. Fish and Wildlife Service if endangered species are affected) as well as opportunities for public comments from stakeholders. The company seeking the license is central to the process and has many requirements to meet in order to complete the steps to get a new license. The process is designed to allow for necessary studies to be conducted and the concerns raised to be addressed before the final license is issued.

My organization, the Alabama Rivers Alliance, became involved in the relicensing of the Alabama Power hydropower dams on the Coosa River from its beginning, in the early 2000s. The license for this river is not for just one dam, but SEVEN dams. Our interest is and has always been ensuring that there is a balance between the power and non-power uses of the river, such as aquatic species habitat, water quality, and recreation. American Rivers has been a vital partner throughout this process.

On June 2, 2010, American Rivers rated the Coosa as the tenth most endangered river in the United States. The main threat, they said, was the hydropower dams. In its 2013 report The Seven Sins of Dam Building, the World Wildlife Fund included the Coosa River’s dams as one of the world’s worst examples of the impacts of dams to biodiversity.

Since the beginning of our participation in the stakeholder meetings and public comment opportunities for this license more than 15 years ago, we have asked for more thorough environmental studies to ensure protections are in place to balance the river’s ecological needs with hydropower production.

You can imagine our surprise when the biological opinion was issued with a finding of “no significant impact”, despite clear impacts to rare, threatened and endangered species. Then in 2013, FERC issued the new license with inadequate requirements for improving dissolved oxygen and river flows below the dams, and none of the studies needed to show that these dams would not continue to contribute to the further decline of the Coosa River system.

After a series of legal steps, we found ourselves in front of three judges in Washington D.C. with our lawyers making the same arguments and the same requests for remedy that the river has always needed and that we have been asking for more than a decade. I found myself exhilarated by the legal process happening all around me.

OUR DAY IN COURT

My first stop in Washington D.C. was the hotel where our attorneys with the Southern Environmental Law Center were prepping for the case. Not being a lawyer myself, I was fascinated about how all of this works. I learned that they only have 15 minutes to make our case to the judges and in that time period, the judges will be firing questions at them for clarification and understanding. I quickly assessed that my decision early in life to not become a lawyer was the right one, and I was proud to watch the two female attorneys who were around my age working so diligently on our case. I was glad they made the decision they did. I felt very good about our chances after watching Megan Huynh and Sarah Stokes in action.

The next day we gathered in the courtroom to watch with much anticipation. The action did not disappoint. Once again Megan and Sarah impressed me and the judges did exactly as I was told they would in asking their questions, assessing the arguments, and remaining professional yet expressionless in the process. I was encouraged by the number of pointed questions the judges asked attorneys representing FERC and the US Fish and Wildlife Service. The entire hearing was over in less than an hour. All I could think was how badly I wanted a decision after more than 15 years of trying to get what we strongly believe this river system truly needs.

Unfortunately, the law is a complicated process and the wheels of justice grind slowly, so we will have to wait – perhaps for months – to hear the judges’ decision. We will be ready.

IT’S ALL WORTH IT

I spent some time after the courtroom adventure trying to reflect on why the whole thing gave me such intense energy and excitement. I realized it was because I was experiencing the feeling of actually contributing to something that could possibly save entire species of freshwater snails and mussels from extinction and it felt real to me. This is one of the reasons I do what I do. In her book, Immersion: The Science and Mystery of Freshwater Mussels, Abbie Landis writes: “When a waterway changes, mussels are the first to know….mussels’ peril is our own. We need the same thing – plentiful clean water in healthy creeks and rivers.” I felt this peril in that courtroom that day and I left with the hope that all of our time was worth it if we can improve this license and, thus, the health of the Coosa River for generations to come.